Futures Thinking, Disruption, and the Board

In corporate governance, the board of directors is often cast as the quintessential supervisory position. The key role and critical task of the board is seen as one of establishing checks and controls, and although the board is tasked with the ultimate say-so regarding strategy and corporate goals, the more creative aspects of foresight and futures thinking are often delegated to top management or even an outside consultant. 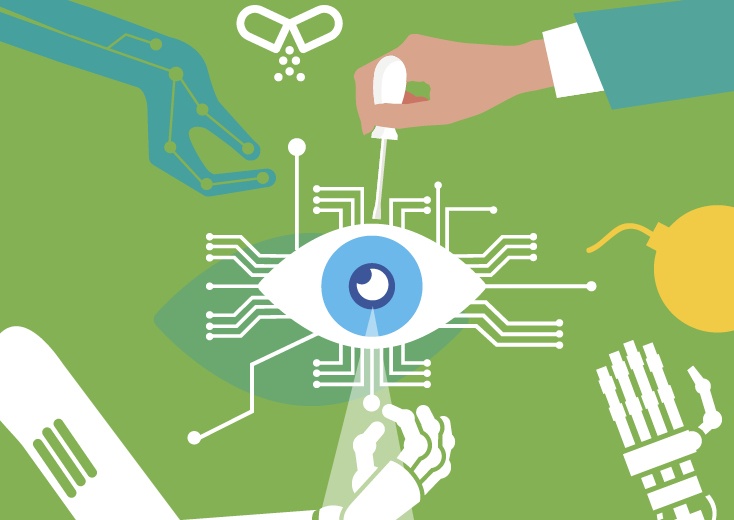 To put this somewhat more bluntly, futures thinking and trendspotting are often seen as at best a marginal issue for the board, small entertainments to be engaged in if and when the more important tasks have been dealt with in thorough detail – which for some boards is pretty much never.

This, however, is a very dangerous presupposition, for two reasons. One, it contains the implicit assumption that top management teams will have handled the task of strategic foresight and futures thinking to a satisfactory level. Whilst there certainly are many instances where this is the case, top management teams are in many other instances too busy with the day-to-day operations of the firm to truly be able to dedicate time to e.g. delve into disruptive trends. Two, casting the board of directors as primarily a supervisory function can hamper its capacity to offer more challenging strategic visions to the company, as they will by necessity and by way of their nature be more speculative and less exact than e.g. specific and already realized KPIs.

Many boards may feel they lack specialized knowledge in the field.

What does it matter?

But does this matter? I would contend it does. If we look to some of the more well-known cases of companies being caught off-guard by changes in e.g. technologies or their general environment, companies such as Kodak, Schlecker, Bang & Olufsen, and just about any old media company you can think of, the strategic missteps involved in their downfall has been extensively discussed. Interestingly, the role of the board of directors has rarely been referred to in all this, except in passing. In many cases of disruption, however, the key failure didn’t necessarily lie in bad day-to-day management. In fact, there is a wide range of such cases where the business-as-usual aspect of the company was in fact very professionally handled, and what brought the company down might rather have been called a failure of imagination – a failure to imagine situations in which existing best practices becomes a hindrance, in which today’s KPIs blind us to the future, and in which a company could well supervise itself into a death spiral.

What, then, can and should a board of directors do with regards to futures thinking? Many boards may feel they lack specialized knowledge in the field, and that they are thus less than prepared to actively engage in the same. To me, this is a cop-out. Futures thinking is not a mystical science, and does not require a doctorate in foresight. In fact, it may well be our tendency to believe it to be too hard that often stops us from attempting the same.

Starting out with futures thinking is actually surprisingly simple, both for laymen and for professional boards. What it involves is nothing more than the capacity to imagine more than one future, and preferably enough of them to not get too comfortable with any single one. The problem with strategy work tends to be that boards are too self-assured about what the competitive environment of their company will be in the future, with well-known customers and competitors, easily understood technologies, and a stable geopolitical context. The reason strategy work misses out on disruptive trends is this, the unwillingness to consider futures in which the realities we’ve gotten comfortable with no longer hold.

What a board needs to do, then, is to consider not only the expected moves from consumers and competitors, but rather to see our current assumptions regarding the same as a potentially critical weakness. In futures thinking this is called scenario planning, but I like to refer to it as ”What if?”. Managers and CEOs, who are trained to and selected for pragmatic skills, often dislike such exercises. They can seem superfluous, as they look to unlikely events, or even illogical, as they explore possibilities that have yet to become real. However, it is not whether these ”What if?” instances ever come into being or not that’s the main point of the exercise. Instead it is the skills of imagination they train that is their biggest advantage.

A board that has imagined being out-competed by robots will be better attuned to seeing the emergence of a new, cheaper competitor. A board that has explored a radical shift in consumer preferences will be less likely to ignore the emergence of a new geopolitical situation. Much like working with weights in the gym makes you more prepared to deal with physical exertion in your day-to-day life, even when there are few similarities between a dumbbell and a heavy shopping bag, working with scenarios that look very unlikely to occur can make a board’s thinking more agile in general.

Yes, it was beyond the realm of the thinkable that China would become a global economic powerhouse, yet…

What this means is that boards need to be something more than checkers of facts and followers of KPIs. They even need to go beyond strategy, as this is usually practiced. In a world where the impossible becoming possible starts to be an everyday occurrence – and all this before things like nanotechnology, quantum computing, syntethic biology, and AI have really taken off – boards need to think the improbable and the impossible, and be prepared to present evermore challenging scenarios to the company. The requirements for this is not a massive futurism project or multi-day exercises. Such can help, but the first step can be far quicker and cheaper, if not necessarily easier.

These steps can be done during any board meeting, with no specialists present, no tools, and no complicated models. Succinctly put, they are as follows:

These three steps are obviously only a beginning, but they are an important one. As a board becomes more comfortable with addressing unlikely disruptions, it starts developing foresight skills and agility, and although this does not guarantee you won’t be surprised by the future, it increases the likelihood that it is your competitors, not you, who get flustered when the inevitable future shock arrives.

Professor of Innovation, Design, and Management at the University of Southern Denmark, member of DIF