Value-add is an investor’s best asset

“To really excel in the venture capital market, an investor needs to bring something more to the deal than just capital. In the tech industry, management teams have plenty to choose from”, says investor Cyrus Shey.

“It is an interesting time”, says Cyrus Shey, Managing Partner of the London based investment fund Bregal Milestone.

The global pandemic has brought upon a shift in market dynamics; with the unexpected acceleration of digital markets many companies have achieved exponential growth.

“What we thought would happen with digitalization in five years’ time has happened in just one year”, he says.

“Now generalist investors seek to invest in resilient tech businesses or healthcare, because these industries have thrived during covid. This increases valuations, as more capital is flowing in.”

Management teams have more choices and investors have to spend more time convincing entrepreneurs of their value-add.

“That said, we are more productive than ever due to the Zoom phenomenon”, Shey notes.

Source of capital and expertise 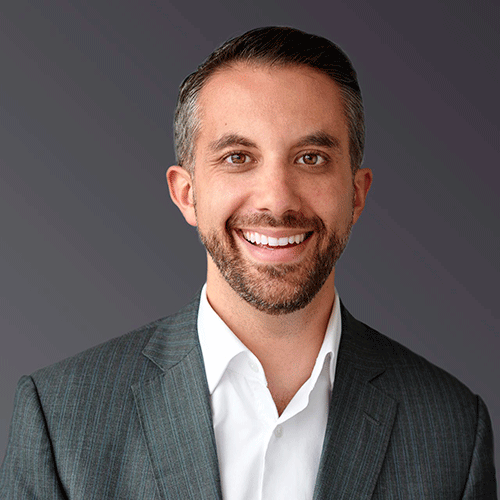 Bregal Milestone has gained a reputation of being more than just capital. They bring tailored support and solutions to each company in order to accelerate growth and value creation.

“We want to be a true hands-on partner and bring significant value-add. One of our strategic strengths is our in-house team of operating advisors from Microsoft, Google, Facebook and Amazon, who bring extensive data-driven industry experience and insight to our portfolio companies”, Shey explains.

”We help with go-to-market sales and marketing optimization, data and analytics, and executive and talent recruitment.”

He cites ePassi, Bregal Milestone’s second transaction in Finland, as an example of the latter. Together with Finnish investors First Fellow Partners, Bregal invested 45 million euros into the mobile employee benefits payment provider in 2019, via a fully equity funded transaction. Bregal acquired a controlling stake.

A month earlier, Pekka Rantala, internationally merited Finnish executive, had started as ePassi’s CEO and partner. This was no coincidence.

“Prior to the investment we called Pekka. We felt Pekka could bring his considerable talent, expertise, and track record to help scale the company”, Shey describes.

“I don’t believe a small Finnish payments company would have been able to attract someone like Pekka without the significant commitment from a charismatic and internationally focused growth investor.”

Today, ePassi’s business has tripled. It has more than 1,5 million customers, 35,000 merchants, and 9,000 B2B customers in the Nordics. New partnerships with Wolt and Finnair were just announced. The company is pursuing PSD2-enabled opportunities to the fullest.

“ePassi has expanded into several new markets and we have made three acquisitions. We have recruited some top talent into the company”, Shey says.

Bregal Milestone’s half a billion euro fund concentrates on high-growth technology companies in the European market.

“First and foremost, we look for a good opportunity. A business with a big, addressable market that is growing fast. A business that has the potential to take the leading position in that market”, Shey describes the inducements that catch his and his team’s eye.

“Typically, these companies are led by a founder, who has taken the business from early stage to growth stage. They are good at a lot of things, but we as an investor can bring them the leverage needed to fulfil their full growth potential.”

During the past two years Bregal has invested a total of 200 million euros into Finnish tech companies. As international investors, Shey and his team help Finnish companies with their “white spots”.

What really resonates with me is the people. Not very talkative, but direct, friendly, honest and reliable.

“One area where we have helped them is selling their story internationally, to get the recognition deserved. I wouldn’t say Finns lack ambition, but there is a shortage in marketing”, Shey says.

Shey himself has a soft spot for Finland.

“What really resonates with me is the people. Not very talkative, but direct, friendly, honest and reliable.”

He says Finns tend to be extremely open and transparent.

“This ethos suits well in the world of business. You know where you stand.”

At the moment, a computer screen has replaced Shey’s weekly flights to Finland and time spent on lunches and dinners.

“To undertake due diligence on a laptop is something my team would never have even considered before the pandemic”, he laughs.

The interview will also be published in Boardview Magazine’s issue 1/2021 in June.