Sustainable expectations: how the ESG investment agenda is shifting

Investors are placing environmental, social and governance issues at the top of their agendas, and they expect companies to do the same 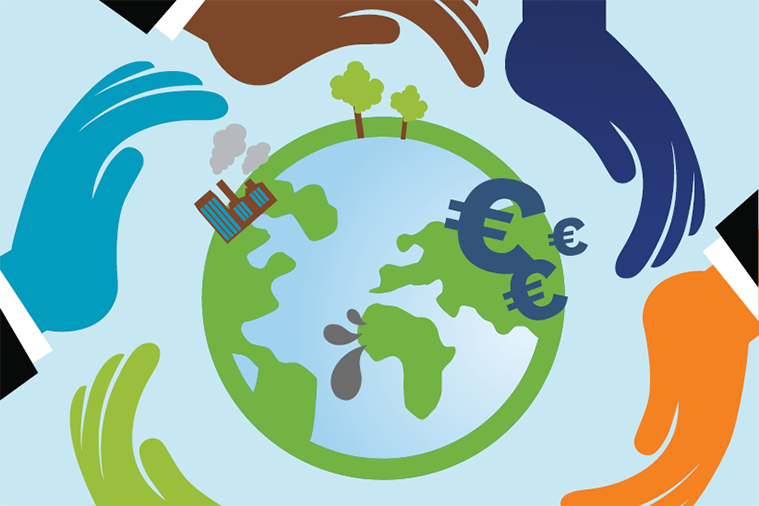 It’s a perennial debate, but one that refuses to go away. Companies need to plan for the long term but are concerned that demands from investors create a short-term attitude that will drive focus away from more sustainable strategies.

Quarterly reporting, activist shareholders and the immediacy of investor demands can combine to force directors to take decisions that, while giving a quick response to an immediate issue, might have longer-lasting consequences.

This is perhaps encapsulated by the recent takeover battle at GKN, the engineering group that can trace its history back to 1759. Elliott Advisors, widely regarded as one of the more vociferous activist investors, threw its support behind a hostile bid from 15-year-old Melrose Industries, a FTSE 250 company well known for acquiring companies to sell on at a later date.

During the bid, concerns were raised by customers such as Airbus and industry lobby groups over Melrose’s commitment to long-term investment. But perhaps the tide is beginning to turn. Investors increasingly look for companies that have adjusted the balance between short and long-term value creation to develop strategies that lean toward sustainable outcomes and provide a societal good.

US investment house BlackRock has been taking a lead in this area. CEO Larry Fink has written to companies reminding them that he sees his firm’s responsibility to engage and vote with them as more important than ever.

“To prosper over time,” he wrote, “companies must benefit all of their stakeholders, including shareholders, employees, customers and the communities in which they operate.” He went on to say that key to long-term success for companies is “understanding the societal impact of your business” and how it will “affect your potential for growth”.

The importance of stewardship

Much of this comes down to good stewardship. In the UK, the Financial Reporting Council’s Stewardship Code, first published in 2012, sets out how stewardship aims to promote the long-term success of companies so that the ultimate providers of capital—the investors—also prosper.

The primary responsibility for stewardship rests with the company board, but investors also play an important role in holding the board to account over the fulfilment of its responsibilities.

However, the code is directed in the first instance at institutional investors. They are expected to do more than vote; those that sign up to the code commit to meaningful engagement with companies over matters such as strategy, performance, risk, capital structure and corporate governance.

“The Stewardship Code is a critical element in getting investors engaged,” says Anthony Carey, head of board practice at Mazars. “But the challenge at the moment is that the code is written in general, high-level terms, so it is relatively easy to sign up. I think there is a need for more specificity on how investors should engage with the shareholdings they have if the debate is going to be moved forward.”

Carey recognises that the Stewardship Code is much younger than the FRC’s Corporate Governance Code, which has developed over the past 25 years, so he welcomes the watchdog’s review of the code. In its 2018–2021 strategy report, the FRC says: “The Stewardship Code has enhanced engagement, but we do not believe it is as effective as it needs to be, particularly as UK-based investors take a shrinking share of UK equities.

“We have taken the opportunity of our consultation on the revised UK Corporate Governance Code to ask some high-level questions about the future direction of the UK Stewardship Code.” The FRC adds that it plans to consult on specific changes later this year.

Carey is concerned that any new or revised code will not be far-reaching enough. “Governance relies on investors having good engagement and being challenging to the boards, just as you need challenge within the board,” Carey says. “But the issue for leading companies on the London Stock Exchange, is that their shareholder base is generally much more international than national. So, any stewardship code needs to be recognised internationally.”

Last year, the Organisation for Economic Cooperation and Development (OECD) published an in-depth review of responsible business conduct for institutional investors, setting out key considerations for due diligence under the OECD’s guidelines for multinational enterprises.

By carrying out due diligence in line with these guidelines, the OECD believes that investors will not only avoid the negative impacts of their investments on society and the environment, but will also avoid financial and reputational risks, respond to the expectations of their clients and beneficiaries, and contribute to global goals on climate and sustainable development.

“Increasingly, failing to consider long-term investment value drivers, which include environmental, social and governance (ESG) issues, in investment practice is seen to be a failure of fiduciary duty,” the OECD says.

“This is basically giving them a guide about the responsible procedures institutional investors should be putting in place within their own organisations for consideration when they are investing in companies,” says Richard Karmel, Head of Business and Human Rights, Mazars.

“You can see this from the very top, through institutions such as BlackRock. Larry Fink’s letter to the CEOs of the S&P 500 and top European companies told them to all get onside with ESG issues, because BlackRock believes that companies that meaningfully address ESG deliver longer-term sustainable value.”

Karmel reports that institutional investors are changing their own internal procedures in light of the OECD’s guidelines; they are now approaching quoted companies and saying that they can’t invest in them until they are on top of their ESG agenda. “ESG is no longer a sideshow…we see certain investors really trying to make a difference.”

This underlines the importance of the review of the Stewardship Code. In its response to the FRC’s consultation on the governance code, Mazars says such a review is needed as a matter of priority but must be done at an international level.

In the meantime, in the ebb and flow of corporate investment, it is entirely possible that GKN will not be the last company to fall prey to short-term activist investor demands.

This article has been prepared in collaboration with Mazars, a supporter of Board Agenda. The article was first published in Board Agenda on May 18, 2018.